What a great day we had for our Perth to Wormit Row. Beautiful and calm on arrival at Perth and then a challenging head wind on departure all the way to Newburgh, onto Balmerino and arriving at Wormit for homemade soup and cake. It was great having 9 clubs involved this year from Troon, Broughty Ferry, St Andrews, Newburgh, Kinghorn, Pittenweem, Queensferry and Eskmuthe, Here’s a selection of photos of the day courtesy of Mandy and Richard. 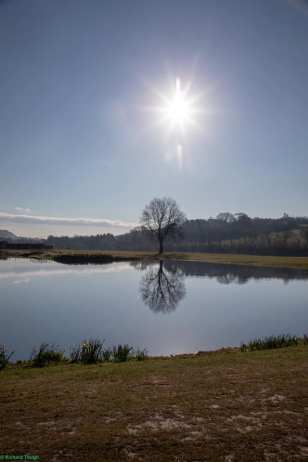 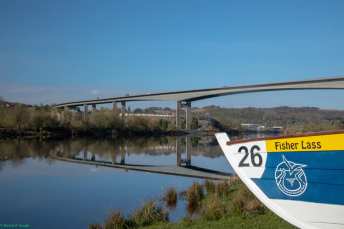 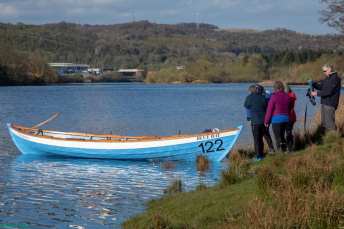 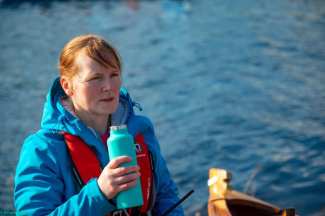 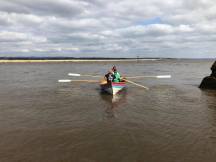 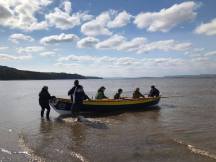 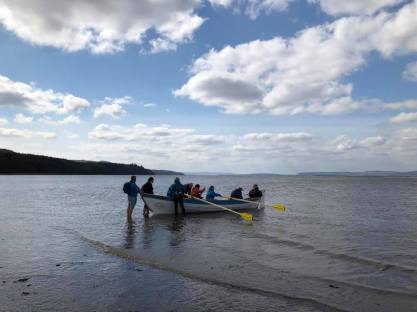 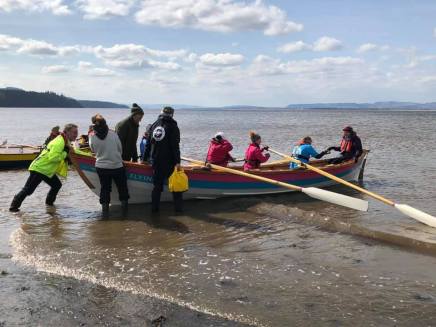 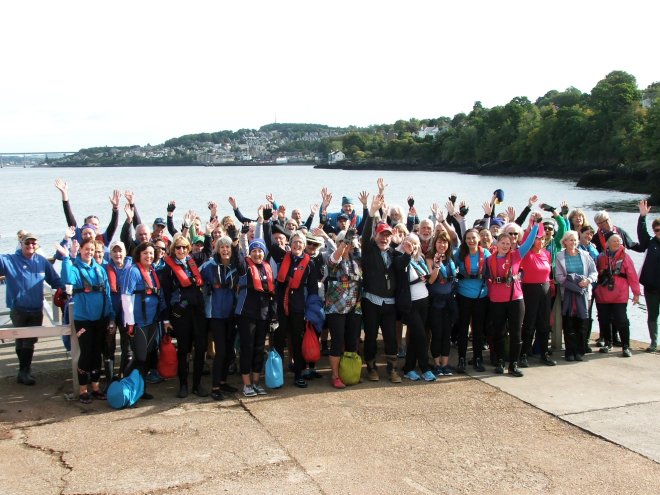 Did you see a large number of skiffs on the Tay last Saturday (15th October)?

Our V&A flotilla row was a sight to behold with skiffs taking part from Broughty Ferry, St Andrews, Elie, Kinghorn, Anstruther, Pittenweem, Eskmuthe, North Queensferry and Dunbar – along with Flying Boat and Catalina from Wormit.

The event was organised to celebrate the opening of the new V&A Museum in Dundee.

It was also an opportunity to highlight the exceptional nature of the Tay which provides an environment for water sports and it was amazing to have attracted clubs from beyond Fife and Dundee to take part.

Thirteen skiffs left Wormit at 11am in perfect conditions to row close inshore towards the railway bridge led by Flying Boat. The flotilla passed the remains of one of two barges used to recover the railway engine after it fell when the original bridge collapsed in a storm in 1879.

The flotilla then rowed through the high girders and back downriver and the visitors shouted out in delight to hear their voices echoed by the girders.

The passage downriver, with a gentle following breeze and favourable tide took the skiffs quickly through the road bridge and then across the estuary to land on the beach at Broughty Ferry beside Royal Tay Yacht Club.

There was a welcome here to share their facilities and coffee and cakes were very welcome. After some social mingling the skiffs were once again on the water to tackle the row upriver past the oil rigs and Dundee Port.

A brisk westerly breeze made progress a little harder but despite this the flotilla emerged through the road bridge on schedule to gather in view of the V&A balcony where visitors were able to wave to acknowledge and oar salute and a rousing three cheers to the V&A.

Finally the skiffs were led back to Wormit where many willing hands were available to lift the boats from the water and carry them to their waiting trailers. A sense of achievement was held by everyone after the 11 mile row.

After home made soup and delicious baking provided by Wormit Boating Club members to more than 80 visiting crew, everyone went away with a commemorative badge as a memento of a day blessed with calm weather. 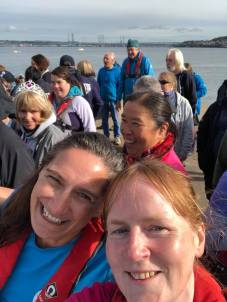 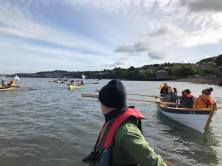 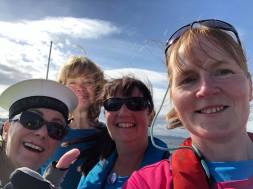 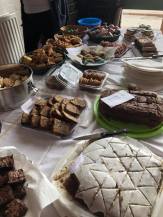 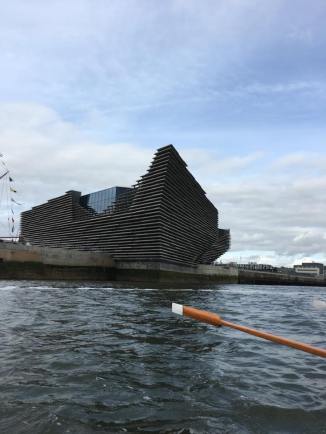 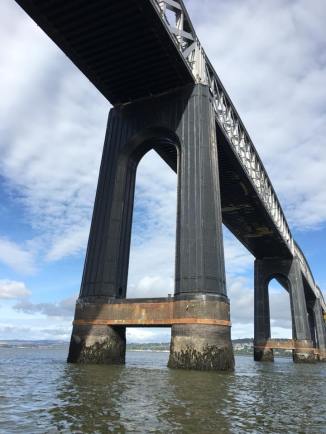 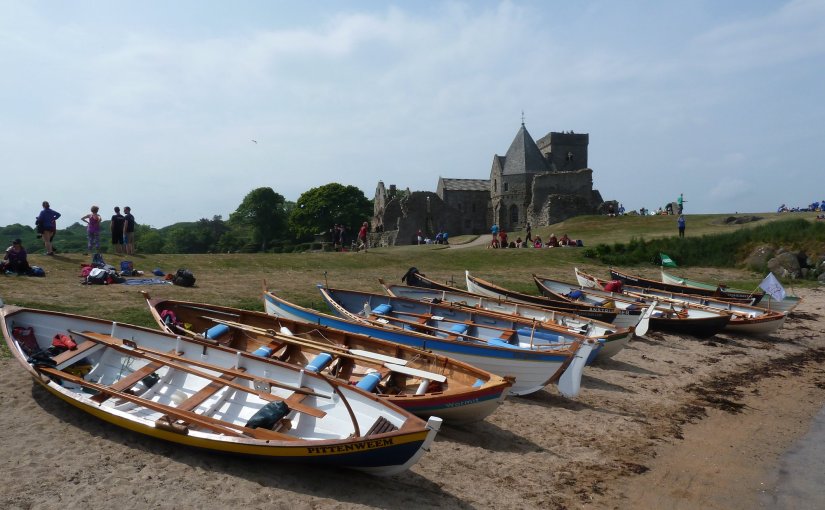 Some photos from Saturday’s picnic row Kinghorn to Burntisland to Aberdour, to Inchcolm and return. 12 skiffs left Kinghorn just before 10am and returned at 5pm. Weather was sunny and bright, company was great and the scenery and wildlife on route was most enjoyable. And a big thank you to Jim for towing Flying Boat and Alex and Dai for taking Catalina. And a big thank you to Kinghorn for the invite.

Photos and text courtesy of Mandy, Gail and Jim (the Roadie!). 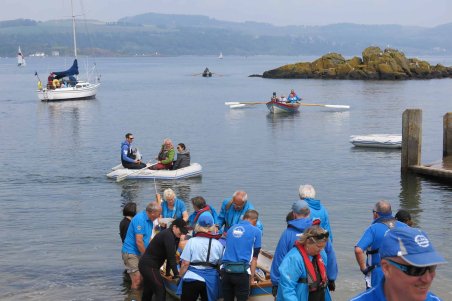 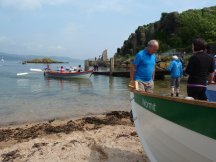 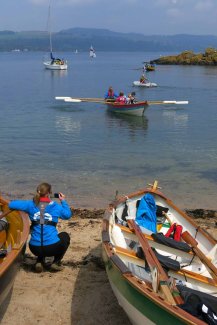 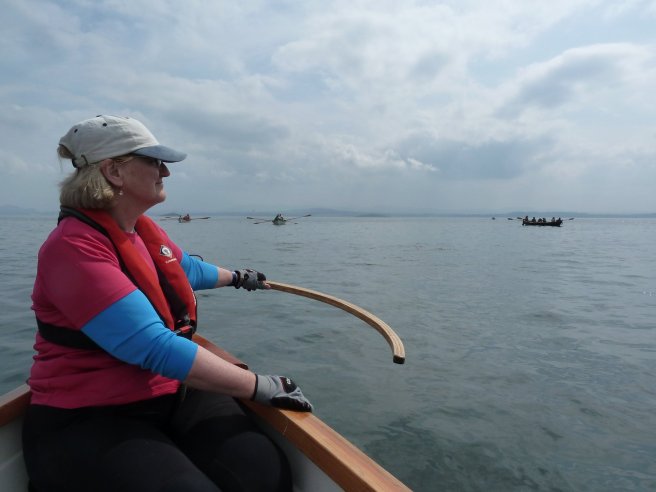 A good evening on the water with a fun if bumpy ride to the rail bridge between piers 16-17, followed part of the way by our resident seal. Greeted a member of the bridge repair crew as he walked to his place of work. Then flew home with the wind in the crews faces but with the sunset in their eyes

What a difference a few hours can make, the morning crew launched into a slight mist then into brilliant warm sunshine, so down through the Road Bridge & back up & through the Railway Bridge. The afternoon crew up past Birkhill house against a good breeze & turning tide. After break for tea & biscuits – a quick return home with the wind & tide, A busy day for the Flying Boat – over 5 hours on the water. 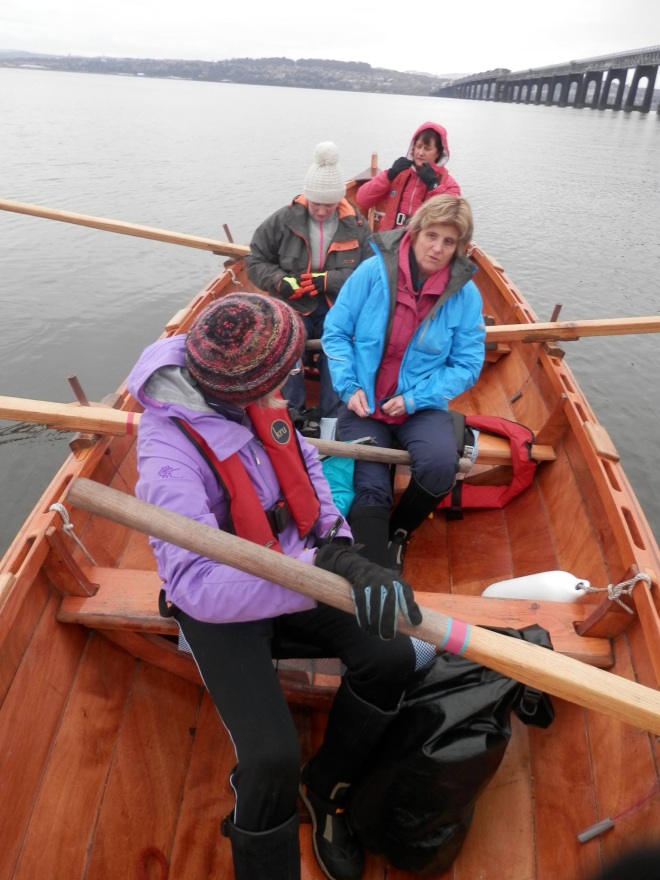 Thursday’s crew adjusting their dress before crossing the river. A good session with a consistent stroke rate all the way across.

A 3 hour misty excursion down past Tentsmuir, watched the pilot boat head out & return with a ship heading for Perth. Loads of wildlife around to attract our interest, Then the return home with the mist getting thicker as we returned. absolutely skifftatstic.